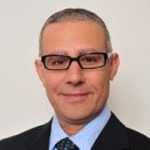 The Israel Angola Chamber of Commerce aims to build a bridge between representatives of companies and businesses in Israel and in Angola. The Chamber of Commerce is a platform for promoting and developing commercial ties contributing to businesses, and its ongoing activities include visits by commercial and parliamentary delegations, business meetings, promoting joint ventures, and producing valuable, available and up-to-date information for its partners.

The Chamber of Commerce is a known and relevant address for any business, economic or social venture wishing to operate and to develop in Angola.

In order to turn our vision into a flourishing and successful reality, we will work together:

Welcome to the Israel Angola Chamber of Commerce