There have been official diplomatic relations between the State of Israel and the Republic of Angola since the early 1960s. These ties were cut following the October 1973 war, and were renewed in 1993 after the signing of the Oslo Accords. In 1995 the Israeli embassy opened in Luanda, and in 2000 Angola opened an embassy in Tel Aviv.

In August 2012, during a visit to Israel by the Angolan Foreign Minister, an agreement was signed to strengthen mutual ties. Then President Shimon Peres said, in response to signing of the agreement, that cooperation between the two countries would be based on the fields of science and technology, economics, and various security issues. The Foreign Minister of Angola replied by expressing a desire to maintain and increase cooperation between the two countries in these and other areas.

Renewal of diplomatic relations in 1993 resulted in a significant increase in the scale of reciprocal trade between the two countries. In March 2006, trade between Israel and Angola totaled $400 million. However there has been a slowdown in recent years, due, among other things, to a decrease in the price of commodities around the world. 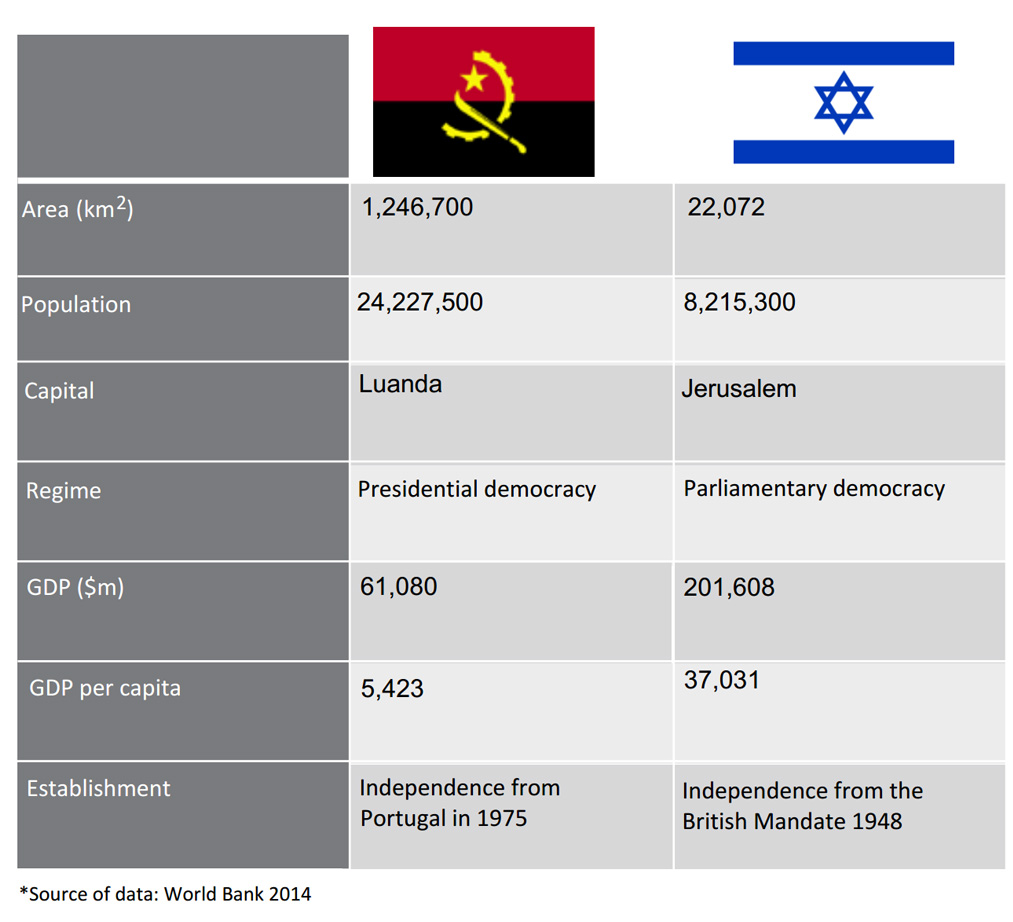